Getting a baby to sleep through the night is no mean feat. They are, after all, little humans, and as a result, the littlest of things can set them off. While some, like hunger, are totally understandable, there are others which are extremely frustrating for us parents - like their pacifier falling out of their mouths. We need to sleep too!

One mom, Laura Gerson from Essex, England, however, has come up with a genius solution to this particular problem. She said that after installing a video monitor in her daughter Amelia's bedroom, she realized how much losing her pacifier was upsetting her. 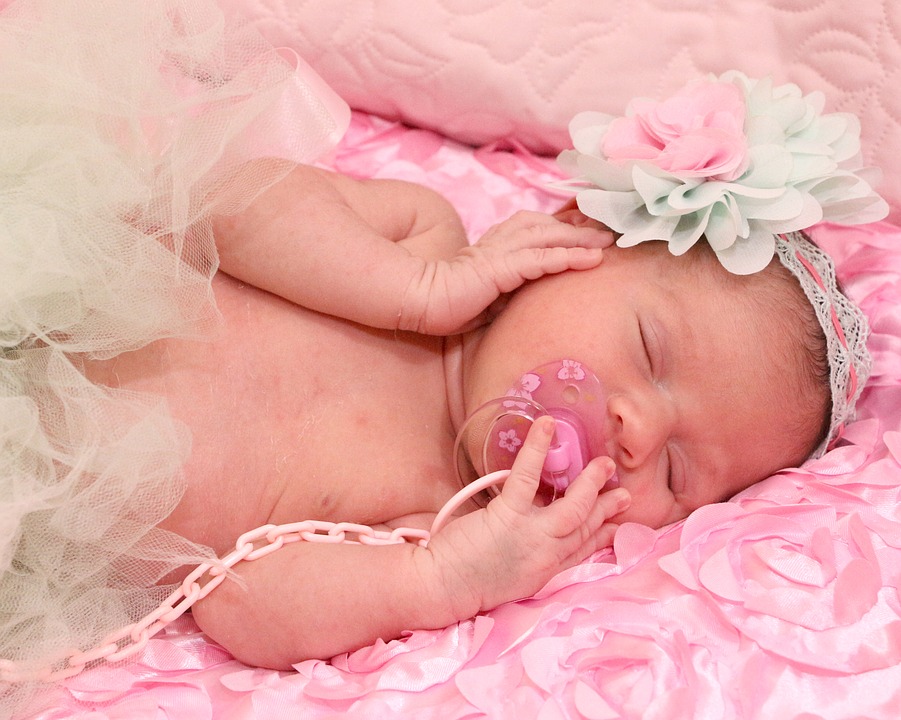 In an interview with Babble, she said: "We've got a video monitor and we were watching her one night trying to find her dummy when she woke up and couldn't find it. So I just put a couple in there the next night, and she lost one down the side of the cot. So over the next few nights just put more in there."

Laura posted the pictures above and below on Facebook with the following caption:

"Since my little one was about 3 months old she's gone to bed with roughly 10 dummies in with her. Found that when she cried of a night all she wanted was a dummy then she'd go back off. Realised that if she had one to hand then she would just find it of a night, trial and error with her losing a few down the side but 99% of the time she feels around, finds a dummy, sticks it in and she's sorted!"

According to Laura, it's now been an incredible eight months since her daughter has woken her up in the middle of the night.

She also explained to Babble that while, on the surface, it might seem like Amelia really needs a pacifier at all times, she "isn't a total [pacifier] fiend and doesn't even have them through the day really, but it really soothes her having them through the night, and having more in there makes it easy for her to find one, and hold one (or two)."

Because getting a young child to sleep through the night is such a common problem, Laura's hack understandably went viral.

"That's genius!! Why oh why didn't I think about that when my little girl was tiny," wrote one parent.

"I do this too 3 up each end of the cot plus one in her mouth and one attached to a comforter," added another.

Reacting to the attention her hack has received online, Laura said to Molo: "I think it's madness! I originally put the photo up because it looked cute and we found it quite humorous. I had absolutely no idea how mad it would go! Especially worldwide! I know lots of people do and have done this but the way I see it is that if someone hasn't thought to do this and it works, then that's fantastic!"

So, parents of young babies, you know what to do! It's time to invest in some extra pacifiers!